What is Split Testing 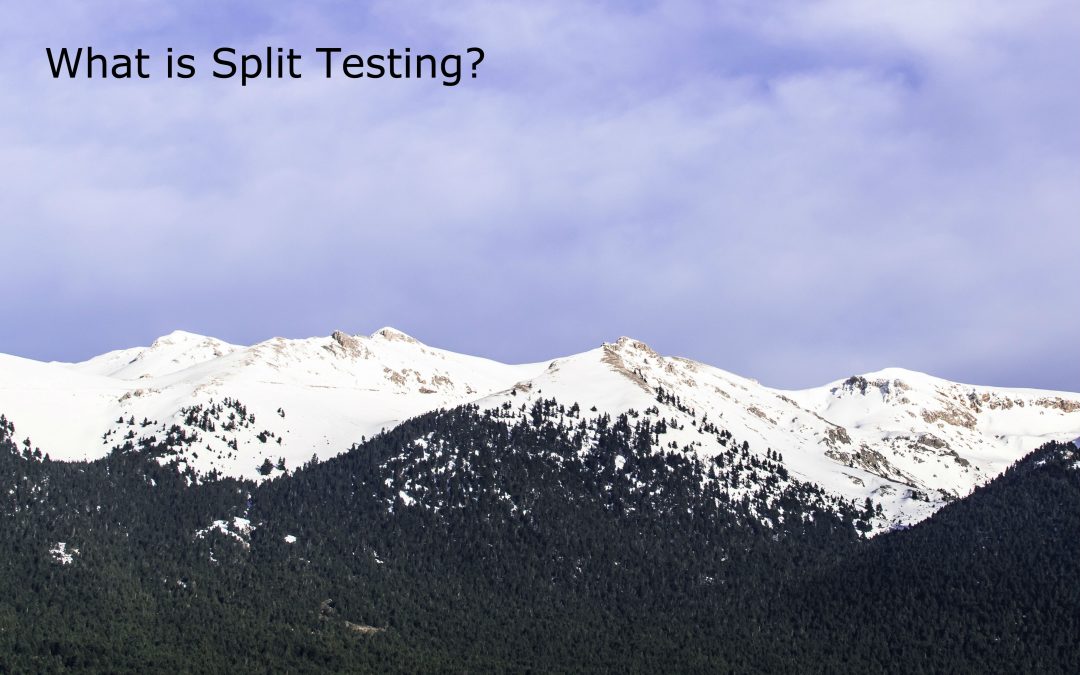 Split testing (or A/B testing) is type of conversion testing where two variations of a website page are compared against each other for certain key metrics. The specific metrics depend on the purpose of the split testing, but usually the goal of split testing is to improve conversion, so the metrics tested are those which are believed to have the most impact on conversion.

Or, in another example, you can split test email subject lines to see which performs best for your desired objective.

Once you determine which is best, you should be able to improve your conversion rate for that particular page or email. You can then publish the best one, and leave as is, or split test again and again until a clear winner emerges.

In an ideal scenario, split testing is happening in an ongoing way; until you reach near perfect conversion.

Split testing/A/B testing is part art, part science. You will be taking an educated guess as to what motivates your audience in order to boost your sales. Then you will confirm whether or not your guess was correct.

The analytics tools available for split testing, such as Google Analytics and Experiments, will show you the numbers of visitors and clicks. Your sales reports will show you if your sales have gone up, down, or remained the same.

The Components of a Split Test

The essential components of a split test are as follows:

1. Decide on one element to change, such as the headline.
2. Create two different versions of the page, and call them A and B.
3. Divide your traffic between the two pages.
4. Evaluate what the traffic does. Do they click, subscribe, buy?
5. Run the test for as long as it takes until you get a clear winner. Use that as your “control” page.
6. Go back to Step 1 and run another test using a headline (technically headline C).

Note: If neither A nor B are a clear winner, choose the version you like best, and run a second test against version until you get a winner.

How Long Should the Split Test Run?

What Should a Marketer Split Test?

We have already mentioned headline in sales letters and subject lines for emails. But there are many other elements you can test as well in an effort to get more clicks, subscribes and sales. For example, changing the color of they Buy Now button from red to green or blue could make a huge difference in conversions. You won’t know until you test it. Anyone who remembers Amazon’s old color scheme can rest assured that they split test their site over and over again until they got the current blue and gold one.

In most cases, marketers will be testing sales landing pages, with the goal of trying to increase sales. In this case, adding certain elements to a page might result in higher conversions. Some items to add would include:

* Reviews
* Testimonials
* High-quality graphics
* A money-back guarantee certificate near the sales button
* Ecommerce trust symbols to the site
* A video sales letter added to the page, with a Buy Now button underneath, and so on.

If an element raises the response rate, then keep it, use the new version as the “control”, and split test a new element.

It can take time, but split testing can significantly improve all aspects of your business; enabling you to make more sales from the visitors you’re already getting.

Split testing can dramatically improve your business when done thoughtfully and consistently.

Do you have some questions about marketing your business online but don’t know who to ask? Why not ask me? I can help you with both strategy and implementation to make your business more profitable and more popular. We can do this together in 75 minutes; though my whiteboard session. Learn more about it!