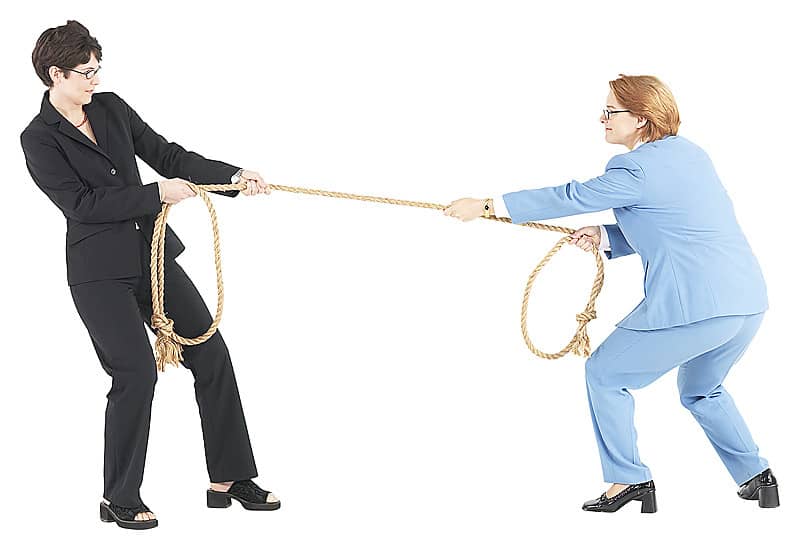 I’ve recently been thinking about purchasing a new laptop. I was looking for something fairly common- 15.6″ screen, Windows 7, lightweight and with good battery life. I had been considering my options for a few weeks, and finally decided to purchase yesterday.

I checked online and found a few options to purchase, and I decided to visit a local Staples store to see what they had available. I went to the store closest to me, but the only laptop they had in stock was a floor model, and I wanted a new one. The sales associate at this location directed me to another location, about 15 minutes away.

When I reached the second location, I asked for the specific laptop I wanted. The sales associate called his manager and asked for his manager’s assistance in unlocking the storage bay where the laptops are stored. So far, ok.

But then, as I waited (and waited) for my laptop to be brought from the back, I was barraged with an extreme example of ‘overselling the commodity’.

Salesperson: Why are you buying a new laptop today?

Me: Because I need one. It’s for when I travel.

Salesperson: Are you using it as a desktop replacement?

Salesperson: Why are you choosing this particular model?

Me: It’s lightweight, has the features I need. I’ll basically be using it as mostly a dumb terminal- just checking email, remote logging in to my home computers.

(Sidenote: Ok- so, so far, you’ve learned that I have multiple computers. I use the laptop as a dumb terminal. I am computer capable enough to log in remotely.)

Salesperson: We offer a special to set up your new machine. It’s $99.

Salesperson: Oh. How do you do it?

(Sidenote: I didn’t realize I was going to have to prove my knowledge)

Me: Yes. Look. I’m pretty comfortable with computers; I just want to purchase the laptop. I don’t need your setup service or antivirus from you or anything. Plus, you’re assuming that you can set these up for me better than I can for myself.

Me: Yes. I use Carbonite.

Salesperson: How much did you pay for it?

(Sidenote: I didn’t realize I was going to have to justify how I spent my money.)

…. this process went on for a few more minutes, so I won’t bore you with that- except to say that the salesperson also asked me how I replace computers when they get broken or need repair (I said I got one of my brother’s techs to do it for me) and then he asked where they source their supplies.

Ok- so, aside from being irritating, I noted that the salesperson neither listened to me, nor used the information I was telling him to change his approach.

He was overselling things like system setup, antivirus software, and repair, without properly identifying if I had need or interest.

But even more to the point, he gave no other reason for WHY I might choose to buy these services from them, except for a vaguely disguised superiority that somehow they could do it better than me.

I think of this as overselling the commodity- focusing on the features of a service rather than the benefits. Aside from not really ‘reading’ me correctly, he also kept adding on service after service, without any differentiation about why I’d purchase from him rather than someone else.

He also broke a cardinal rule of selling which is “Don’t annoy the hell out of your customers.”

So, while I did obtain the laptop I wanted, it will be a long while before I set foot into another Staples store. I don’t want to be irritated like heck and have my choices called into question when I just want to buy a laptop.